We're very proud to announce that our charity partner for our decennary year is Orbis UK!

For our 10-year anniversary, we're committing to raise £10,000 for Orbis in 2022. We're supporting their work to help protect people in the Sidama region of Ethiopia, a leading producer of speciality coffee, from blinding trachoma.

Orbis is a global charity that brings people together to fight avoidable blindness in developing countries. Their network of partners mentor, train and inspire local teams to fight blindness in their own communities.

They also have a Flying Eye Hospital, complete with an operating room, classroom and recovery room, which flies to developing countries to offer people free eye treatment and train in-country eye doctors.

Speaking about the partnership, Matt Coleman, Corporate Partnerships Manager at Orbis, said: "I am so pleased to be launching this new partnership with Espresso Solutions. Orbis depends on the support of companies like them to help fight avoidable blindness around the world."

Trachoma is an infectious eye disease and one of the leading causes of blindness globally. If left untreated it can develop into trichiasis - a painful condition which can lead to irreversible blindness.

In the 1800s, trachoma was a serious issue in the UK, which led to Moorfields Eye Hospital being opened to tackle the problem. However improved hygiene and sanitation eventually led to trachoma being eliminated in the UK.

Ethiopia is thought by many to be the birthplace of coffee, and the Sidama region has become synonymous with the highest quality speciality coffee.

Coffee farmers within Sidama, along with the wider community, are at risk of going blind due to trachoma - which would affect their ability to work, provide for their families and live an independent life. So we're proud to be supporting Orbis's efforts to eliminate this cruel disease and protect the sight of people in Sidama for generations to come.

Talking about Orbis in Ethiopia, Matt Coleman said: "For 23 years, Orbis has been working in Ethiopia to tackle the spread of blinding trachoma. Orbis has made great strides in fighting trachoma over the last two decades. Not just through the distribution of antibiotics but also by raising awareness of good hygiene — another critical tool in the fight against this blinding disease."

Throughout the year, our team will be completing fundraising challenges and organising events to help us reach our goal - so watch this space! 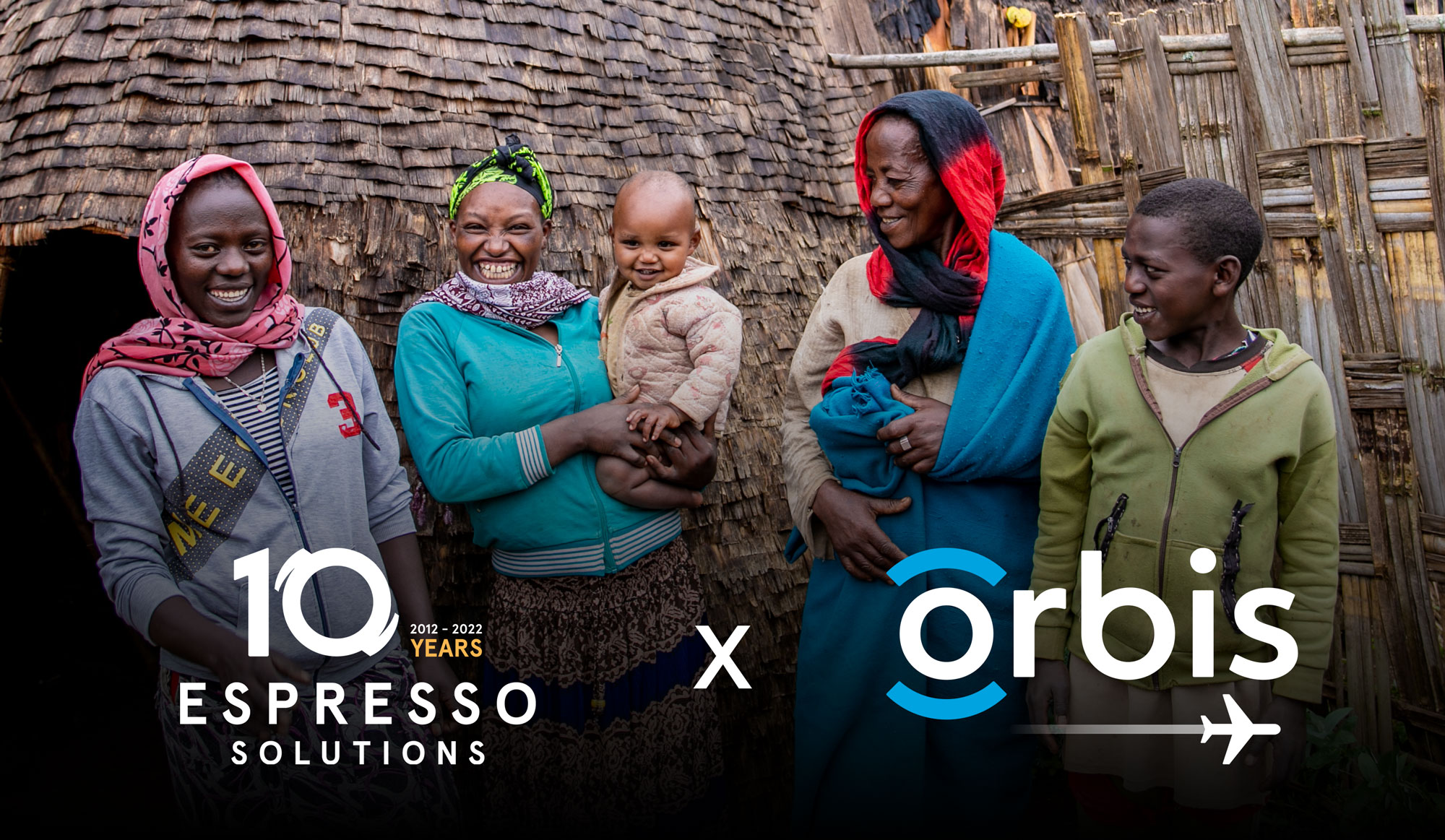 We can recycle 99%
of a used water cartridge

Read about our enviromental commitments